Calliope seeks to enrich the culture of our state by making radical, intersectional art regularly available to all Utahns. In addition to welcoming evocative artists from neighboring states and abroad, we pledge to support radical art by radical individuals in our home state, and to nurture our community with education about what it means to create and consume art boldly, bravely, and with compassion. We are committed to art that leads us to question our assumptions about systems and structures, about beauty, about excellence, and about what it means to be human.

Colloquially, a “muse” is any person or thing which inspires and compels art. More formally, the nine Greek Muses are goddesses—themselves powerful embodiments of the individual art disciplines they command. And as Calliope has been called “the Chief of all Muses,” hers is an obvious name for our organization. 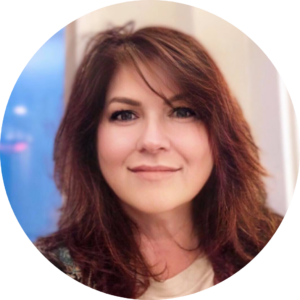 Jennifer Madsen is an experienced and professional performer and instructor, and has a substantial career as a performing artist.  She has professional experience in film, television, on stage, and in the recording studio.  Jennifer has worked professionally as a director, musical director, playwright, composer, arranger, choreographer, performance coach as well as worked production in the film, television, theater, and music industries. Her vision for Calliope is to provide a safe outlet for the artistic expression of all Utah women.

Jennifer Madsen is a prized fixture on performing stages of the West. A lifelong singer and actress, her early career included being a cast member of Brigham Young University’s famed performing group the Young Ambassadors. That experience founded her love of the art and afforded her the chance to sing, dance, and act for audiences across the globe. Using her strong foundational understanding for the craft, Jennifer left BYU and began to formally instruct students in all areas of performing. Her students from these early days have gone on to lead successful careers as Tony, Grammy and Emmy Award-winning artists. She has had several students on American Idol and its predecessor, Star Search.  One such student even went on to become a Star Search season finale winner. Her celebrated instruction continues to this day, as a former voice and musical theatre instructor at Utah Valley University and currently as part of Snow College’s award-winning music department. Jennifer Madsen studied voice with Jeri Clinger and big band vocalist from Stan Kenton’s orchestra, William “Smiling Bill” Stoker. Her recent studies include spending several summers in New York City completing her professor’s certification in the Margolis Method for Acting. Her continued studies in this methodology infuse her vocal performance studio with techniques and tools for helping musicians and performers to connect viscerally with their music, lyrics and performance.

Jennifer’s accomplishments run deep as a producer, director, studio session singer and choreographer. Some of her more recent productions include The Sound of Music (Musical Director/Choreographer) at Robert Redford’s renowned Sundance Summer Theater; Inside the Outside (Music Producer) with Grammy award winning saxophonist, Jeff Coffin of the Dave Mathews Band (partially recorded on her musical tour to Cuba,) Don’t Look Down (Music Producer); the award-winning independent film Masque (Music Production); and various projects with BYU Broadcasting (Music Producer). Jennifer’s recognition for such work includes multiple Downbeat Music Awards and several Utah Best of State awards for her work with Caleb Chapman’s Crescent Super Band. She recently participated in the Essentially Ellington competition at Jazz at the Lincoln Center where her long time student, Isabella Johnson, was awarded outstanding vocalists. Aside from her many lauded achievements, Jennifer has never lost sight of the passion rooted in all of her life’s work – performing what she loves for the people she loves. She’s had the privilege of doing so with the Spokane Jazz Orchestra, the Timpanogos Symphony Orchestra, Salt Lake Choral Artist, the Utah Valley Symphony, and on numerous albums including work with Kenneth Cope. Recently, Jennifer completed a lifelong goal of performing at Jazz at Lincoln Center in New York City where she sang at the famous Dizzy’s Jazz Club to the delight of fans, friends, and family. Jennifer is a sought after clinician and presents vocal and performance workshops all over the world. 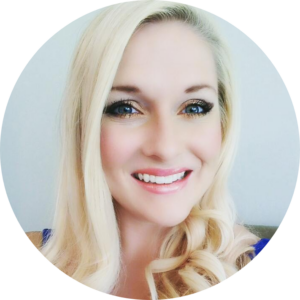 Emily Merrell’s unique sound anchors somewhere between art pop and cinematic jazz fusion (Kate Bush meets Janelle Monae), weaving playful and evocative lyrics through colorful harmonies and energetic grooves. Inspired by her fascination with our human tendency to pose, posture, and conceal, Emily’s most recent project “Masks” (2020) explores themes of disguise and disclosure: “Masks can be calculated or unconscious; liberating or constricting; subversive, strategic, coquettish, coercive, and everything is layered.” Emily’s third record (another concept album, of course) is set for release late in 2021.

Currently based near Salt Lake City, Utah, Emily performs with her original band, and is the lead vocalist and producer/booking agent for the International Musicians League affiliate, Diamond Empire Band with bookings all around the Intermountain West. Emily owns and operates EM Vocal Studio in Lehi, UT, and takes great pride in building creative confidence and developing marketable skills with artists of all ages. Additionally, Emily finds a labor of love in her original podcast, “Artifice,” wherein she interviews professional artists about the origins and development of their creativity, the logistics of life as an “artpreneur,” and their strategies for blending vulnerability with veneer as they cultivate creative resilience. Emily is also thrilled to be serving as Co-Director of the brand new, Utah-based nonprofit Calliope: Radical Art by Radical Women—with a mission to make radical, intersectional, female-driven art regularly available to all Utahns.

Having completed a Master of Music in Jazz Performance from the world-renown University of North Texas, Emily is a well-rounded and confident vocalist, composer, arranger, and educator with extensive skills in theory, improvisation, research, pedagogy, and vocal physiology. Emily is known for her extraordinary time management skills, candid professionalism, and immovable desire to empower everyone she meets. 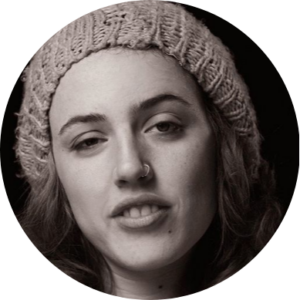 Madazon Can-Can, M.Ed. just graduated with their Masters in Education with an emphasis in curriculum design and instruction in ‘Performance Art for Social Change’ from Weber State University in December 2019.  An activist in body, movement and mind, an art addict, producer/performer, gallery curator, radical education enthusiast, award winning burlesque badass, queer puppeteer and community organizer, if anyone can, Madazon Can-Can.

Madazon’s award winning Fringe Shows have earned them the title of “Salt Lake City’s Most Nekkid Clown” as they sweeped 2019 of the “Best One Person Show” award with their original fully nude play “Genit-HELL YEAH!” and 2020 of the “Critic’s Choice” award for their hour long film, “Can-Cantasia” in the Great Salt Lake City Fringe Festival.

Madazon is an instigator and their desire to provide radical education reaches beyond the stage to teenagers at the Utah Pride Center with the unprecedented program, “Drag YOUTH-iversity” which helps queer youth in Salt Lake City explore identity and find community through the art of drag. They also teach “Burlesque for EVERY BODY” courses at the local exotic studio, “The Salt Mine” which emphasize inclusion, personal autonomy, success and joy above competition to all genders, all ages and EVERY BODY. They are continually asked to speak on local podcasts, national programs such as “Creative Mornings” and provide opportunities for speakers in the LGBTQ+ community.

The Utah Review has dubbed Madazon, “One of the most ambitious stars of the Utah enlightenment” and they’re not here to disappoint. 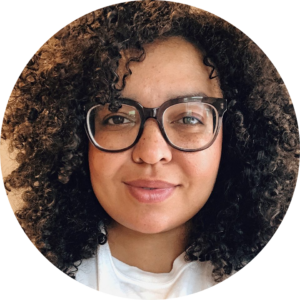 Camille Washington is the co-director of Good Company Theatre, and the Marketing and Box Office Manager for Onstage Ogden. Good Company Theatre is the only black-owned and administrated theatre in Utah. Since opening in 2012, Good Company Theatre has produced over 35 productions over seven full seasons. In addition to season development, grant writing, and marketing, Camille has also written scripts for several Good Company Theatre Originals: Odettes for the Holidays! (2014), Catharsis: A Musical Circus for Political Malaise (2017), You Bet Your Black Ass, Broadway (2019, 2020), and Catharsis Two: Inside Voices (2020). At Onstage Ogden, she co-coordinated the rebrand of the 70 year old classical music and dance presenter. This included researching and vetting design firms, liaising with the Board of Directors and Rebrand Committee, the launch of the new identity in March 2020, and ongoing brand maintenance.

Before her current posts, Camille was Curatorial Fellow for Diversity in the Arts at the Walker Art Center in Minneapolis, Minnesota, where she co-curated the US Premiere of Pedro Reyes: Baby Marx (2011). She also provided curatorial assistance for many exhibitions, including Graphic Design: Now In Production (2011, with catalogue), The Spectacular of Vernacular (2010, with catalogue), John Waters’ Absentee Landlord (2010), and Benches and Binoculars (2009). Earlier, Camille held positions at Berkeley Art Museum/Pacific Film Archive, and New Langton Arts (San Francisco).

In 2019, she won the David Ross Fetzer Foundation for Emerging Artists Award Winner for her play Oda Might, which premiered at Plan-B Theatre in November 2019, and was waitlisted for the 2020 Lambda Emerging Writers Retreat for her play Bent. Camille received her BA in Art History from the University of Utah (2006), and her MA in Exhibition and Museum Studies from the San Francisco Art Institute (2009). 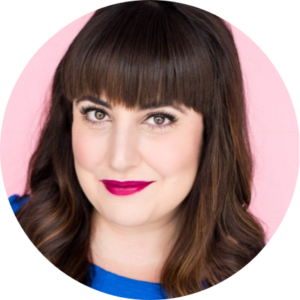 Olivia Custodio is entrenched in the arts. As an actress, opera singer, playwright, and Director of Individual Giving at Utah Symphony | Utah Opera, she considers herself very lucky to be surrounded by the creative and magical energy of the arts. Originally from Ohio, Olivia has her BFA from Carnegie Mellon University in Vocal Performance and her Masters of Music in Vocal Performance from the University of Utah. As a performer, her favorite roles include The Lady of the Lake in SPAMALOT, Domina in A FUNNY THING HAPPENED, Elle in LA VOIX HUMAINE, Alice Ford in FALSTAFF, and Magda in THE CONSUL. Her one-act play, DRIVER’S LICENSE, PLEASE, received its premiere at Plan-B Theatre Company in March 2020, and her one-woman show, EXTINGUISHED, premiered at Good Company Theatre in August 2020. She is represented by the Talent Management Group and has appeared in national and local commercials.

During her time living in New York City, Olivia created and hosted Operation: Opera, an operatic cabaret paired with local artists’ mixed media projects, to help facilitate a love of opera and a deeper understanding of the importance of classical music. She is passionate about the future of classical music as exemplified by her creation and leadership of Utah Symphony | Utah Opera’s young professionals group, Upbeat.

WANT TO GET INVOLVED?